A sign outside The Brook Point Cook hotel warns people not to leave their children in cars.

Police have charged a 32-year-old woman after a toddler was found alone in a car in hot conditions in Melbourne’s west and taken to hospital in a critical condition.

A spokesperson for Melbourne’s Royal Children’s Hospital said the 14-month-old boy remained in a “critical but stable condition” this afternoon. 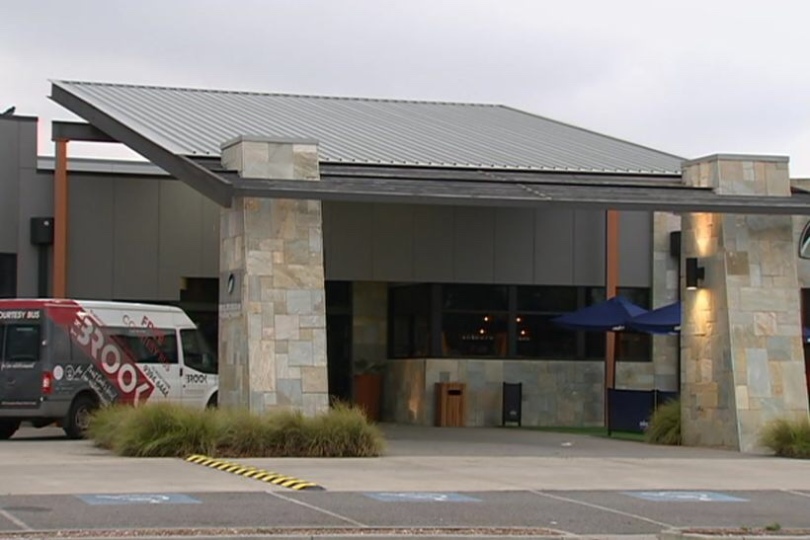 Emergency services were called to the car park of The Brook Point Cook hotel at Sneydes Road, Point Cook about 3:15pm yesterday.

The Brook Point Cook hotel is marketed as a family-friendly venue with a restaurant, a function room, a cafe and live entertainment as well as gaming rooms.

The Geelong Football Club has licences for 80 poker machines at the site.

Melbourne’s top temperature yesterday was 36.5 degrees Celsius with poor air quality before storms swept across the state about 4:00pm.

Laverton, near Point Cook, recorded temperatures as high as 37.5C at 1:28pm yesterday.

She was bailed to appear at Melbourne Magistrates’ Court on January 23.

According to the campaign website, a child’s body temperature rises three to five times faster than an adult’s and when it is 30C outside, a child could be suffering in heat of up to 60C.

At the launch of a new “Safe Seats, Safe Kids” campaign this morning, Victorian Health Minister Jenny Mikakos said almost 1,500 children — typically babies and toddlers — were left in vehicles in Victoria in the first 11 months of last year.

“It’s a tragic set of circumstances and it is a very clear reminder to parents about the risks of leaving a child unattended in a vehicle, particularly on a hot day,” she said.

“We do know that [as part of] the State Government campaign [and] campaign from Kidsafe we do have signs that go up in pubs, hotels, shopping centres,” she said.

“So all of those educational messages are really critical in making sure that communities are aware.”