Prime Minister Boris Johnson’s Downing Street residence will be lit up with a countdown to Britain’s exit from the European Union on January 31, as part of a light display to mark the moment of Brexit, the Government says.

Mr Johnson had proposed a crowdfunding campaign to allow the Big Ben bell in parliament’s clock tower to sound even though it has been largely silent since 2017 while renovation work is carried out on the tower.

Members of the public have donated more than 200,000 pounds ($378,000) of the 500,000 pounds ($946,000) Mr Johnson said it would cost for Big Ben to bong, but the Government has now said parliamentary authorities do not believe they would be allowed to accept the money. 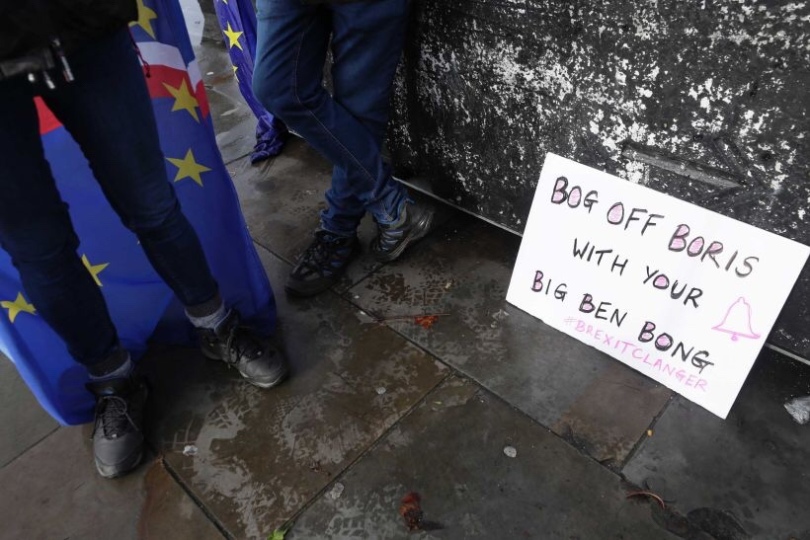 PHOTO Brexit-backing politicians had campaigned for Big Ben to strike at the moment Britain leaves the EU.

“January 31 is a significant moment in our history as the United Kingdom leaves the EU and regains its independence,” Mr Johnson’s office said in a statement setting out its plans to mark Brexit — a moment which will be celebrated by some and mourned by others in a country still divided on the issue.

A pocket guide to Brexit

The cogs of Brexit are turning again. It’s been such a saga that you’d be forgiven for forgetting what this was all about in the first place.

“The Government intends to use this as a moment to heal divisions, reunite communities and look forward to the country that we want to build over the next decade.”

On the evening of January 31, Johnson will address the nation, his office said.

The Government said it plans to broadcast the light display in Downing Street on social media, including a clock counting down to 23:00 GMT, the moment Brexit officially takes place.

Other buildings around the government district of Whitehall will also be lit up.

The Union Flag be flown on all of the flag poles around Parliament Square, where Brexit Party leader Nigel Farage has been given permission to hold a party with speeches and music.

A commemorative Brexit coin, inscribed with the words “Peace, prosperity and friendship with all nations”, will also be put into circulation on the day Britain leaves the EU, the Government said.

PHOTO Big Ben has been largely silent since 2017 as it undergoes four years of repairs.