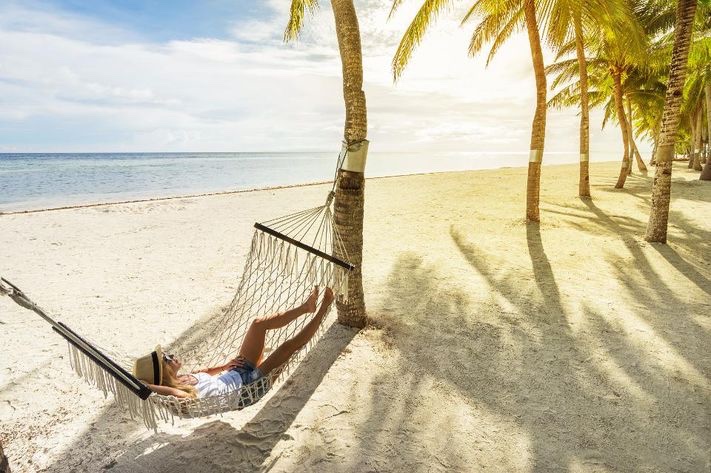 Ever wished your travel money would stretch that little bit further? Or actually, a lot further?

So we asked you – where was the cheapest place you travelled this year? And you told us in your thousands.

In the top ten destinations below, you can eat, drink and party for $10 a day or less, and stay in a highly-rated hostel for around the same amount. That’s what we call a bargain… 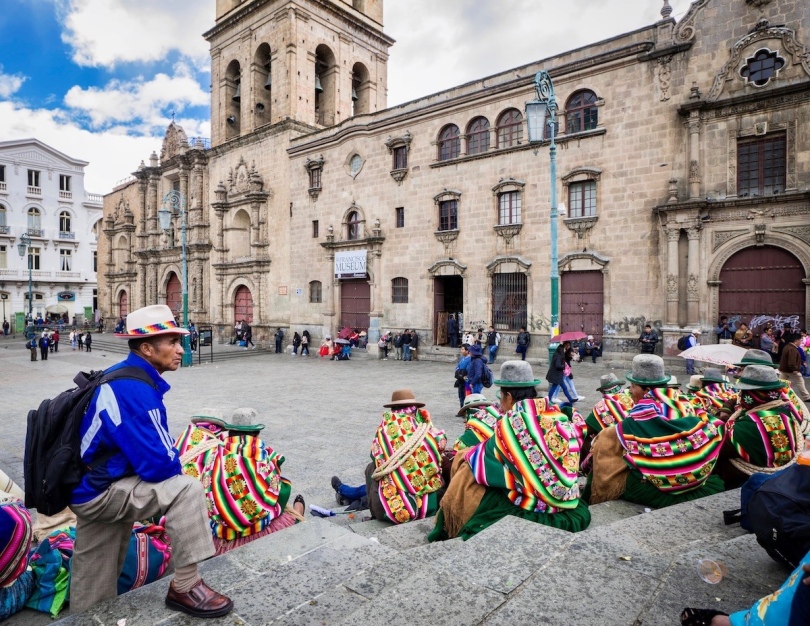 Stalls at Mercado Lanza are the best place to grab local breakfast drink api, as well as tuck in to veg and meat-stuffed pastries salteñas and tucumanas. For nightlife, head to Calles Linares, Tarija and Murillo for your fill of clubs and bars.

Number nine’s spot goes to Chiang Mai in northern Thailand. Its chilled out and friendly vibe makes it a backpackers’ favourite already, but those super-cheap prices also help. With over 30 temples to explore within its thousand-year-old city walls, street food galore in the evening at Warorot Market and neon-lit drinking dens along Loi Kroh Road, you can easily tick those all-important sightsee, eat and party boxes.

Local speciality khao soi (yellow wheat noodles in curry broth) is a must-try, and no visit is complete without a day trip to Wat Phrathat Doi Suthep on the slopes of Doi (Mount) Suthep just outside town. Views from this 14th-century temple are stunning – and after the 300-step climb to get up there, they’ll feel like a just reward.

Vietnam’s capital and second largest city makes it in at number eight. In the Old Town you’ll find French colonial architecture in the form of Parisian-style wide boulevards, villas, churches (such as St. Joseph’s catholic cathedral, sitting on the site of a razed Buddhist temple) and grand government buildings, while places like Hang Da market and the 1400 year old Trấn Quốc Pagoda show slices of local culture outside the influence of foreign invasion.

What about food and drink? Well, you’ve got to snack at Barbeque Chicken Street, where perfectly BBQ’d bits of bird are served up with grilled bread and honey-roasted sweet potato. Chase it with Bia Hoi – meaning ‘fresh beer’, this local brew has a crisp taste, low alcohol (usually 2.5-4.45% ABV) and is supped on tiny stools outside drinking joints on every Old Town street corner. At $0.40 a glass, it’s one of the cheapest beers in the world, and a Hanoi rite-of-passage.

Cool hostel: Happy Backpackers Hostel | Dorms from US$5.00 | Private rooms from US$6.50 | See all our Hanoi hostels 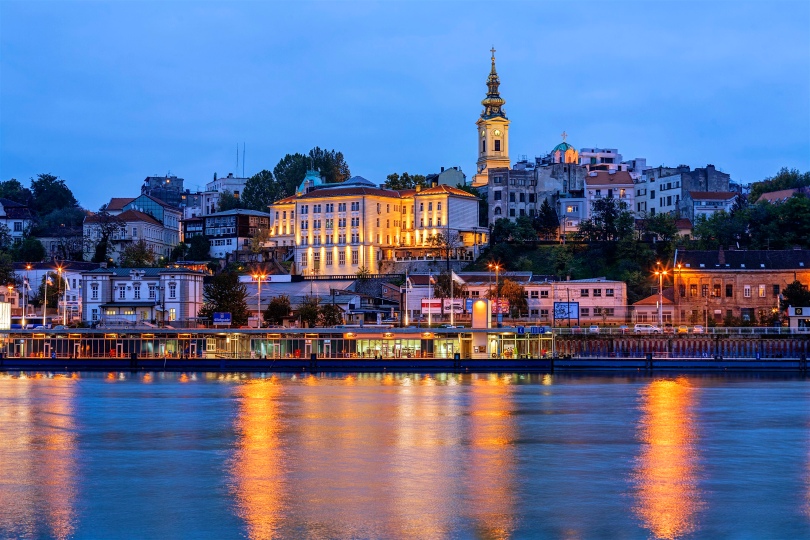 Known for its floating clubs (or splavs – ‘raft’ in Serbian), your number seven choice Belgrade is a super-cheap, super-fun party Mecca. Head to the splavs on the Sava River for a wild time – most popular are Freestyler, Sound and River – and find out more splav locations with this handy guide and map. The best news? There’s no cover charge to hop aboard, so you can roll from one to another all night. For that all-important stomach-lining mission before, try local speciality ćevapčići (grilled minced meat) with onion at one of the traditional cafe on Skadarlija, the Old Town’s famous cobbled, Bohemian street (a Serbian take on Paris’s Montmartre).

In daytime, your first port of call (if it’s summer) should be the beaches on Ada Ciganlija, an island on the Sava. Here you can swim, rent bikes, go out on boats and bar-and-restaurant hop ’til sun-down. Kalemegdan, Belgrade’s fortress complex turned public park, is another must-do – stroll through the surrounding gardens, then explore the turrets, towers and cannons of the old fortress itself. From here you can see stunning views across the water where the Danube and Sava meet.

Cool hostel: Good Morning Hostel Belgrade | Dorms from US$6.25 | Private rooms from US$5.84 | See all our Belgrade hostels 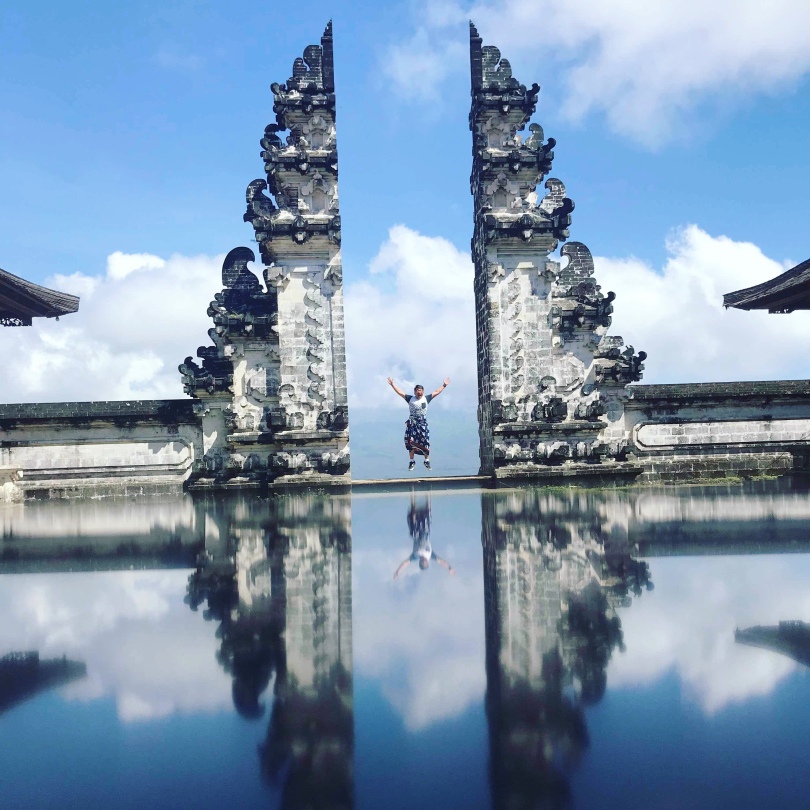 Coming in at number six, Bali – an Indonesian island that’s both beautiful and super-popular, thanks to Elizabeth Gilbert’s memoir Eat, Pray, Love (and plane-loads of Aussies on summer party trips). If you’re after a crazy cheap night out, the clubs in Kuta will scratch that itch – go for rooftop bar Sky Garden or shots at Green Box. Food-wise, Jimbaran Bay is the place for excellent seafood, with fire-grilled fish, lobster, crab, squid and shell fish served on the beach as the sun sets.

This’ll be your splash-out meal – for most of the time, uber-cheap street food (served from kiosks called warungs all over the island) is your friend. Ubud is the centre of Balinese culture and history – places to visit in this central region include hindu temple Tirta Empul with its sacred pool and the 9th-century Goa Gajah (Elephant Cave). Want more reasons? Well, you’ll meet some mischievious mecaques at the Ubud Monkey Forest, and the rice terraces in Tegallalang Village are well worth look, too.

Poland’s ‘artsy’ second city sits at the halfway point at five. Krakow was the only major Polish city to remain unscathed during WWII, and things to see include Europe’s largest medieval market square, the century-old Wawel castle on the river Wisla and Jagiellonian University (1364), one of the world’s oldest higher learning institutions. Other places to see include historic Jewish neighbourhood Kazimierz in the Old Town, and Podgórze, the site of the Jewish ghetto and Schindler’s Factory, which is free to visit on Mondays.

For good eating, head to central market hall Hala Targowa to try local speciality Kiełbasa (polish sausage). And if you like a good night out, you’re in luck – urban legend has it that Krakow has the highest density of pubs and clubs in the world – see more info on the different areas’ vibes and pick your poison here.

Cool hostel: Atlantis Hostel | Dorms from US$7.45 | Private rooms from US$8.38 | See all our Krakow hostels

It’s no surprise Bangkok’s made your list at number four – it’s the gateway to Southeast Asia for many backpackers. This city isn’t just a stop-off before you hit the Andaman islands, oh no – Bangkok is a world unto itself, and crazy affordable to boot. Khao San Road might be a forehead-hittingly obvious recommendation, but you need to go there at least once – the cheap drinks and party atmosphere can’t be beat. For nightlife Thais actually rate (you’ll pretty much only see westerners hanging out on Khao San), hit up Royal City Avenue, the city’s largest clubbing zone.

Food is a huge draw – it’s cheap, it’s delicious, and there are street food stalls all over the city, either in covered markets or lining pavements. Just follow your nose and try what you fancy: a taster of what’s in store can be feasted upon here. Combine sightseeing with chillout time and tour Bangkok’s beautiful Buddhist temples like Wat Arun on the west bank of Chao Phraya River, or head to Lumphini Park – a rare wide, public space where you can ride bikes or lounge by the lake.

Lisbon is still western Europe’s best-kept secret. Facing the Atlantic, its winding whitewashed alleyways, steep hills (that lead to amazing views) and uber-cool arts and nightlife scene make it a veritable playground for travellers – and prices are less what you’d pay in equivalent-sized cities Barcelona and Rome. Bairro Alto with its bar-lined alleys is the place to be for clubbing, and food-wise you need to try Lisbon’s delicious egg tarts at their birth-place Pasteis de Belém.

To get a feel for the city’s contemporary culture, head to Saldanha and its street art-covered buildings. Best tip for a sunset view? Miradouro da Graça, a cafe with a terrace on a hill behind São Vincente de Fora Monastery – the panorama takes in St. George Castle and central Lisbon.

It’s no surprise Budapest comes in at number two on your list of cheap destinations – I came back with change to spare from my budget after recent trip, which is unheard of for me. To get a feel for the city’s royal history, take a stroll around the medieval walled village within Buda Castle on the west side of the Danube (mostly rebuilt from shelling in WWII), and check out the stunning view of Parliament (pictured above) from viewing terrace Fisherman’s Bastion.

Memento Park – where the city’s Soviet statues are now gathered in an outdoor museum – and former ÁVH (secret police) headquarters the House of Terror help you understand Budapest’s history of Communist and Fascist rule, for entry prices between around €5- €7. On the more symbaritic side of things, try the area’s natural thermal springs at local bath houses – see price options for a range of them here. Budapest’s ruin pubs are the best places to kick your night off – check out our pick here. Need a hearty snack to get you going the next day? Try local specialities like lángos (deep-fried dough topped with sour cream and cheese) at the Central Market Hall.

Come on down, Prague! Your number one affordable city is the Czech capital where local beer is, famously, cheaper than water. Try it for yourself at U Fleku, which serves a range of beers brewed on-site as well as delicious Czech dishes like roast duck and goulash. Other super-cheap and fun drinking dens include The Pub, which has self-service beer taps on every table, and Pivovarský klub – a ‘beer boutique’ with six ever-rotating beers on tap and over 240 bottled varieties.

Prague castle’s grounds are free to wander around – but check out the pricing options if you want to snoop inside places within the complex, which include St. Vitus Cathedral, the Old Royal Palace and former prison Daliborka Tower. Free-to-see attractions outside the castle include the world’s oldest working astronomical clock in the Old Town Square, Wenceslas Square and Josefov, the historic Jewish neighbourhood. At sunset, take a walk across the Charles Bridge to take in views of medieval towers, churches, palaces and Prague Castle.